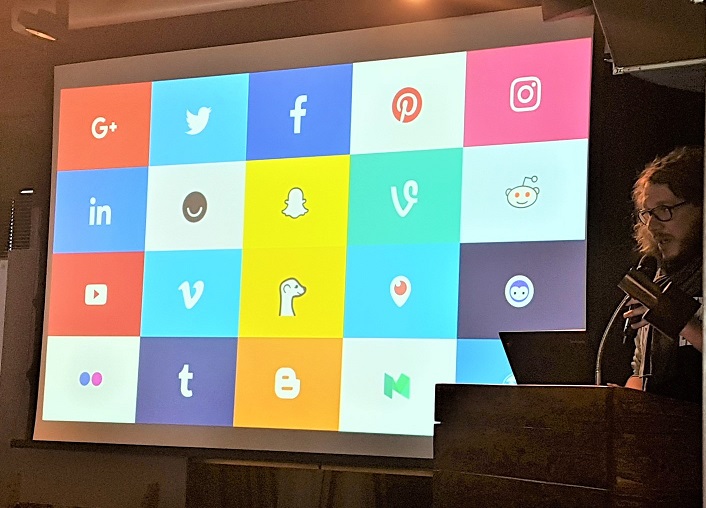 The first of Signium’s bi-annual meetings focused on digital content and delivery. A presentation on the digital future by Christoph Bornschein, CEO of international digital transformation agency TLGG kicked off the event.

It was as unnerving as it was eye-opening. Those companies that survive the digital era will place digital at the very heart of the organisation – before people, processes and structure – and develop the flexibility to make decisions quickly. And they will not hire a Head of Digital.

Christoph Bornschein started his first company aged 17 and went on to found Germany’s first digital marketing agency (The Yellow Danger), now employing 170 staff. He consults with CEOs of Fortune 500 companies on digital transformation, so when he talks about digital, it is from a position of authority.

When people talk about the need for companies to become more digital, oftentimes that is interpreted as being about embracing digital channels, or even customer experience. But Bornschein’s message is that you need to get up to speed with digital business models, not better at facebook. If you don’t, you may die.

For Bornschein, at the heart of this digital transformation lies agility – being ready and able to make new decisions.

The Future is Already Here

Digital is about creating new business models to generate ancillary revenues. We have moved on from apps, which were flavour of the month a decade ago. Borhschein quotes William Gibson when he says, ‘the future is already here – it’s just not evenly distributed’ as start-ups take advantage of the difficulties faced by legacy companies to get a serious head start.

For example, BMW has been trying to create a navigation system at great cost over many years and available for €500 to customers. But it’s not a patch on that created by Google and made available for free. As a result, Google will be present in the new auto business models, but Bornschein is not so sure about BMW!

Technology will continue to accelerate exponentially, with unprecedented possibilities

In the tech world, the pace of development is such that, in the gaming arena, $8.3 trillion worth of accumulated investment is now available to gamers for 8 cents.

There are exponential growth curves in play across several sectors – including 3D printing, sensors and DNA sequencing – that will cause huge disruption. Moore’s Law (in essence, that computing power will double every two years) will apply until 2030. The difficulty, however, is that humans and organisations are not built for exponential growth.

We now live in an era where Artificial Intelligence, rather than humans, is being used to identify promising drug discoveries. And we have had the first downloadable drug that you can 3D print.

Is Tesla a car company or an energy company? Tesla is future proofing car purchase by enabling system updates. On Day 1 of your purchase you may receive up to 35 updates. In this way, they effectively lock you in to their model and your value to them is over a lifetime of energy consumption more than the purchase of the cars. Tesla have about 10 potential revenue models, and they aren’t sure yet which one will be the leader, but they are confident that it will work itself out to their benefit.

So, technology is going to drive change through exponential acceleration. True leaders are going to have to guide organisations into uncertain futures.

Societal changes will also drive the requirement for inspired leadership as consumers become ever more empowered, engaged, involved and impatient.

As people, we are adapting to this rapid technology advancement with ever faster adoption rates. Whereas it took the telephone network 89 years to achieve 150 million users, facebook reached one billion users within 8 years and Android just five years.

However, with all of this advancement, we have become intolerant of the complexity of what you are doing as a business. It may be incredibly complex and brilliant, but to the consumer, it either works or it doesn’t. And having nothing is better than having something that doesn’t work.

Which is why companies like Super now exist. Super is a subscription service that manages the logistics of all your home service needs. They will insure your home appliances and systems and take care of having these things repaired or replaced without you having to get involved. As it is on a subscription basis, you can forget about it completely. Like Tesla, it’s a lock-in.

Amazon now provides a subscription service for items such as Bounty, the household paper products brands, so that you never run out. You simply buy a button that you place in your kitchen/utility room and press it when stocks are running low. Amazon does the rest.

The next phase of interface, it seems, is no interface at all. We will use sensors to understand that something needs replacing and the only interface will be voice.

Consider this. Uber, the world’s largest taxi company, owns no vehicles. Facebook, the world’s most popular media owner, creates no content. Alibaba, the most valuable retailer, has no inventory. AirBnb, the word’s largest accommodation provider, owns no real estate. Welcome to the Platform economy. As Marc Andreessen said, ‘software is eating the world’.

These platforms are not comparable to the legacy manufacturing companies, especially when it comes to the scale of their valuations, despite their youth. Some of the old titans are de-risking, such as Mercedes Benz selling its dealerships. Businesses are using co-working companies like Wework to de-risk and make it easy to work in the right size, creative environments rather than create it themselves and deal with the hassle.

How do I build an organization to deal with all this?

To thrive in this new environment, it is imperative that digital is placed at the heart of the company, coming before people, process or structures. 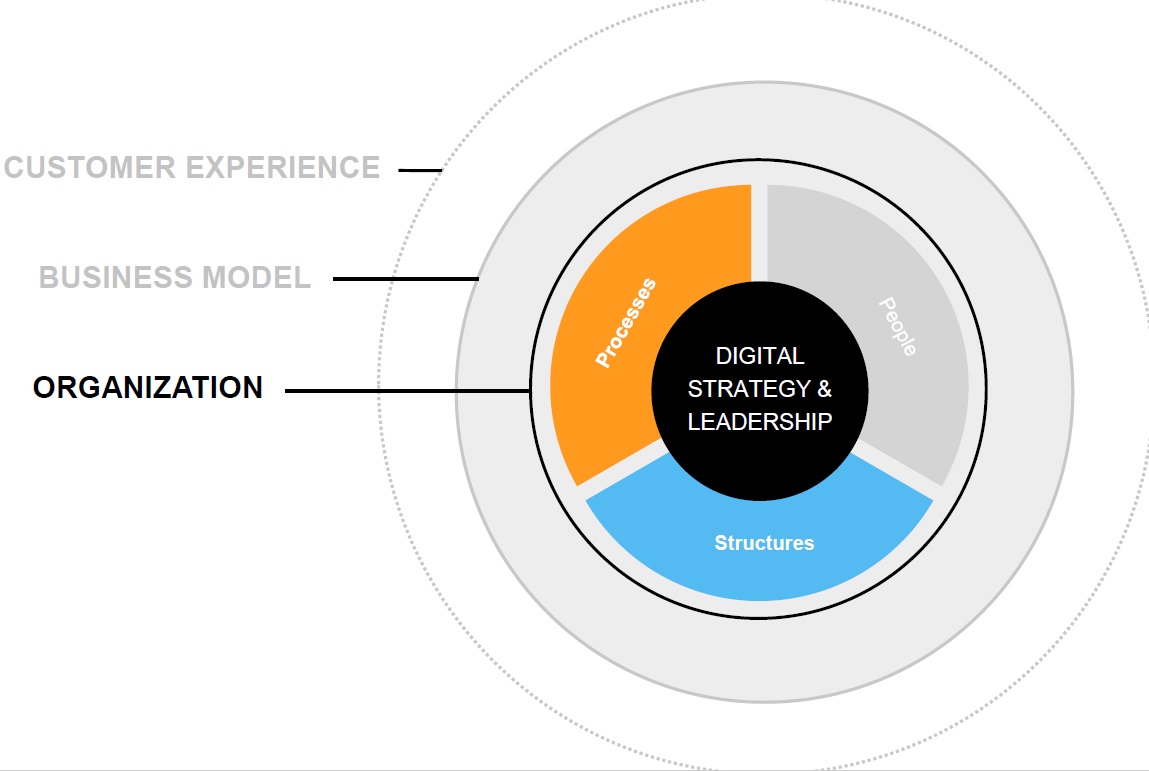 There are four typical organisational design options that reflect where digital lies in the company. Talking about Germany, Bornschein reckoned that most companies were still at number one below, whereas they need to move to number four.

Online is a channel with reporting line into the MD Sales and has P&L responsibility.

Online is a separate unit, reporting directly to the CEO, with its own products, etc.

Products/services are actually designed for the online space – digital first strategy. Other channels as online derivatives.

Most companies are designed for certainty. But in this new world, things are far from certain.

Computers are good at moving from certainty to uncertainty. But what is really required is humans to be good at dealing with uncertainty.

Organisations need to be flexible, both in terms of their structure and their working conditions. And management needs not to get in the way. Employers are increasingly outsourcing to contractors.

Organisations need to evaluate themselves across what Bornschein calls ‘The 5 Es’:

In short, we need to create flexible, self-assembling teams based on immediate requirements, enabled by flexible working conditions and management that doesn’t get in the way.

You don’t have to be a software company in order to think like one.

Each year, Signium organizes two conferences to help Partners around the world shape the future direction of the organization. Partners from more than 25 countries were involved in workshops and meetings during the course of the conference.